The three vowel characters were only used at the beginning of words and syllables, or syllables without any consonant. There were only three vowels because the ancient Tagalogs, and many other linguistic groups, did not distinguish between the pronunciations of i and e, or u and o until Spanish words entered their languages. Even today these sounds are interchangeable in words such as lalaki/lalake(man), babae (woman) and kababaihan (womanhood or womankind), uód/oód (worm), punò (tree trunk) and punung-kahoy (tree), and oyaye/oyayi/uyayi (lullaby).

The vowel characters actually represented vowels that were preceded by a glottal stop. This pronunciation was more common in the pre-Hispanic era but has changed over the centuries due to the influences of western languages. This shift can be seen when early texts, such as the Doctrina Christiana, are compared to modern Filipino. For example, we syllabicate the words ngayón (today) and gagawín (will do) as follows: nga-yon and ga-ga-wín respectively. But the baybayin text of theDoctrina reveals a different syllabic division. Ngayón was written, ngay-on, and gagawin was writtenga-gaw-in. (source)

There are 15 basic consonants in Baybayin script each represent one of the fifteen consonants / p t k b d ɡ m n ŋ l r s h j w / followed by the inherent vowel /a/. 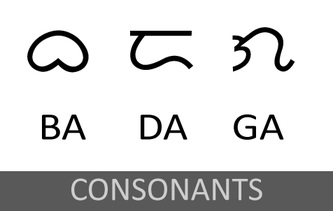 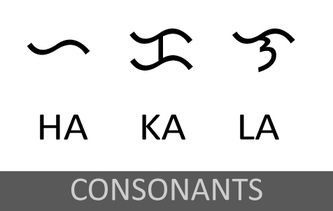 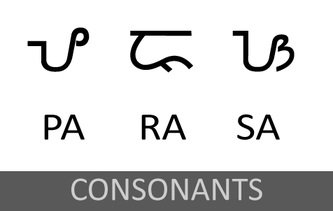 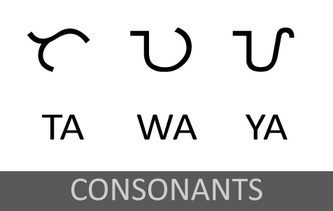 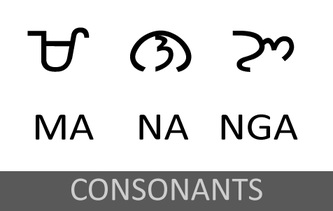 kudlit means a small cut or incision, which is exactly what it was back in the days when Filipinos wrote on bamboo. Since we now write with pen and paper, or a computer, the kudlit mark can be any shape. Usually it is a dot or tick, or sometimes it is shaped like a v or an arrowhead >. The sound of a letter is not changed in any way by the shape of the kudlit; it is changed by the position of the kudlit. (source)

To terminate the inherent /a/ sound simply place a slash kudlit just below right of the character.
Download baybayin fonts 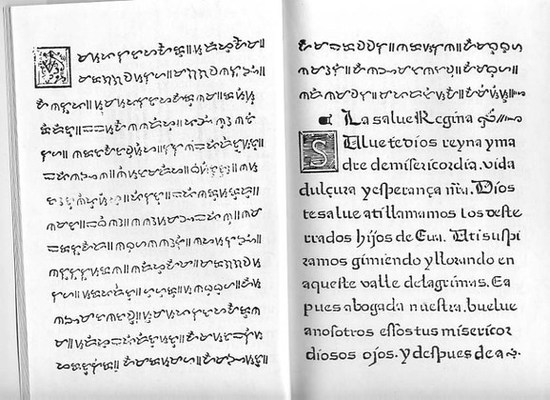 On this inside spread of the Doctrina Christiana we have the translation of La Salve Regina. On the left page is the tagalog version written in baybayin. On the right side is the Spanish version in the European alphabet.